Daniel Lazar started his musical journey at age of 4 when his grandfather who was great folk violinist discovered his big musical talent.

Even at that early age he showed remarcable ability to adapt and learn very fast, just couple months after he started learning violin from his grandfather he had his first appearance in front of audience performing in duet with his older brother.

He continued working with his grandfather until he reached right age to continue his education at music school. Imediately on start his great potential was recognized by his teacher Nevenka Tatic, with his fearless attitude and big competitive spirit he started participating on various domestic and international violin competitions having great success.

All the time during primary and high school beside classical music he continued developing his knowledge and great passion about folk music from Balkan area.

At that time he performed very often with his grandfather in many tv and radio shows.

After high school he continued his studies at Faculty of music arts in Belgrade where he began to shape his music personality , by implementing high technical and virtuoisic skills from classical into folk music and he descovered a whole new world of possibilites with new tools.

He became known for his extreme speed, great energy and explosivness in his sound.

At that time he started to perform folk music more and more by becoming member of various music groups, ensembles and orchestras, participating in many tv and radio shows, winning several folk competitions and having concert tours in Serbia, Romania, Belgium, France,Austria and Poland. During this time he had honour to collaborate with great artists such as: Gheorghe Zamfir-panflutist and legend of Romanian folk music, Bora Dugic – Serbian folk flute legend, Ljubisa Pavkovic – accordionist and leader of national folk music ensemble, Ognjen Popovic – clarinetist etc.

Biggest change in life and cariere of Daniel happened ironically with end of his studies at Faculty of music arts in 2011,

he was offered to participate on international world music workshop under auspecies of Norwegian organization “Tutti” where he discovered a whole new range of posibilites by discovering improvisation and realizing great advantages of mixing genres and collaborations with musicians from different musical backgrounds.

Shortly after this workshop he was invited to take part in world talent group on prestigious world music festival in Førde- Norway. Inspired by his visit to Norway, he continues his Master studies on Norwegian academy of music with great professor Isaac Schuldman. 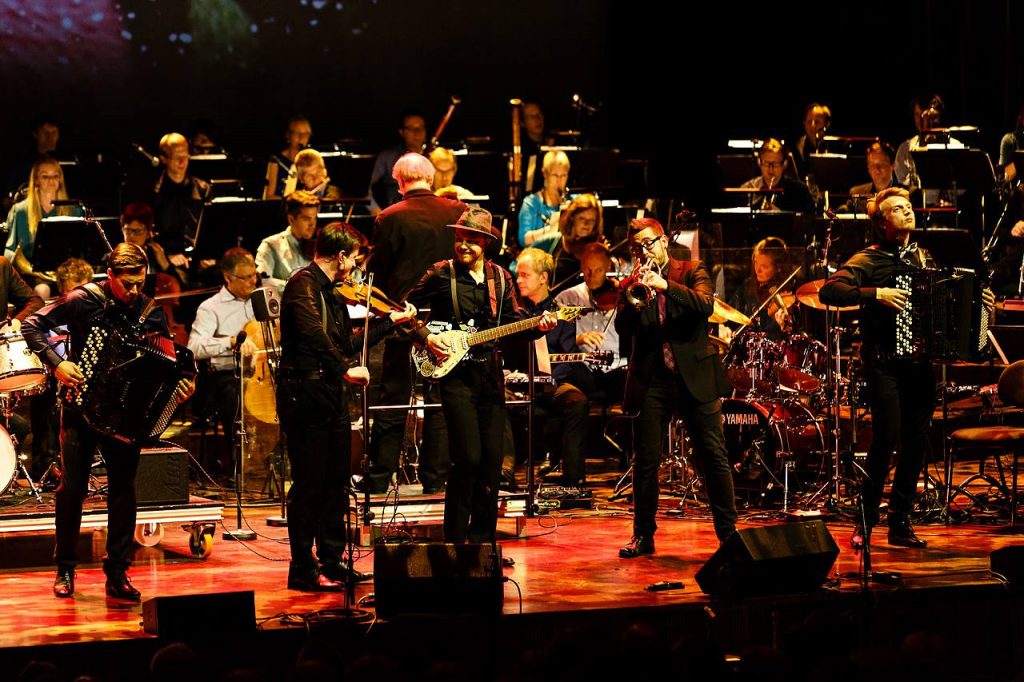 Exactly in Norway things started to clarify and develop. Just after he arrived to Oslo he was introduced to a Bosnian accordion player Almir Meskovic who was on the master studies as well in Oslo. With the same level of understanding folk music traditions from balkan they started working together and exactly at that point,his first ever band “The Kuraybers” started to develop , exploring possibilites of different genres and styles.

The band consisted among others jazz musicians and encouradged by them Daniel started to dare more and more to improvise and explore the world on the other side of classical music.